Summer Water Sports is not only the largest water sports company in Canada, but also the only company providing full service waterfront operations combined with the professional attraction of water sports shows. We have taken in excess of one million people water skiing and performed over 600 professional water ski and stunt shows for countless spectators.
Our TeamOur Partners
3

Today, SWS’s services include water ski and wakeboard schools, personal watercraft and boat rentals, general waterfront services, pontoon boat tours, event promotion, product promotion, water sports shows and a full service marina. Operating in Muskoka, Ontario at major resorts, these SWS services thrill numerous spectators and participants annually. SWS has positioned itself as the market and image leader with everyone else being “left in our wake”.

Through the years Summer Water Sports has touched the hands of many influential water sports gurus. It all began at Clevelands House Resort in 1960 where “Summer Ski” staff thrilled guests and cottagers alike with their water ski shows. This was the start of the long lived cottage tradition of ski shows. From there Summer Ski changed hands a few times and eventually became Summer Water Sports (SWS).

In 2005 the Newlands family purchased Summer Water Sports; with three children who learned to ski with SWS and then went on to work for the company, it was a perfect match. The eldest son, Geordie, was just finishing his degree at the University of Guelph, so he became the operator of SWS. Since then the company has grown by leaps and bounds and is currently running ski schools at Clevelands House Resort, Lake Joseph Club, and Bayview Wildwood Resort.

When Geordie decided to move to Muskoka permanently he looked for opportunities to grow the business even more. The opportunity to operate Wallace Marina came up, so Geordie and former co-worker and employee David Huggins took it over, renaming it SWS Marina. In its first year SWS stored 45 boats; its second year 120 boats; its third year 260 boats – needless to say SWS is mastering the marina business!

The ski show side of the business has expanded under the Newlands’ direction as well, with 4 weekly ski shows in Muskoka and countless shows at festivals and events around Ontario. SWS is really leaving its mark! The first ever World Show Ski Championships were held in 2012 in Janesville, Wisconsin; Team Canada consisted of SWS staff and former staff. They amazed the audience with the ski show they had prepared all summer and brought home the bronze medal. The recognition they received at the competition has done wonders to grow the sport and to keep Summer Water Sports as the leader in the field. Go Canada Go!

Think you have what it takes to be an SWS team member? Apply for a summer position:
Job Applications 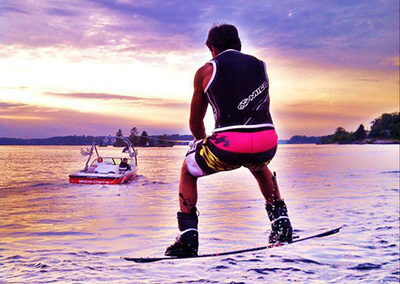 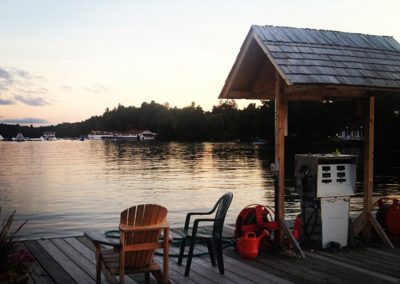 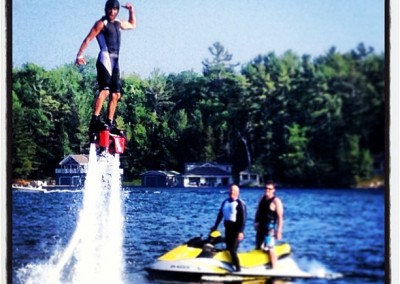 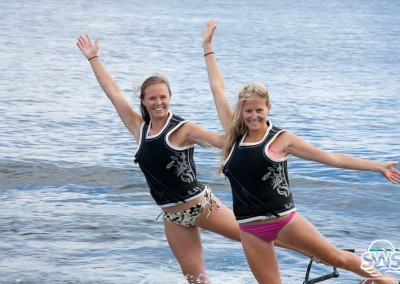 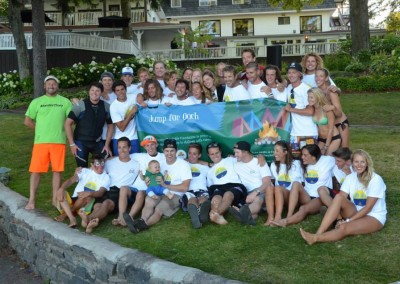 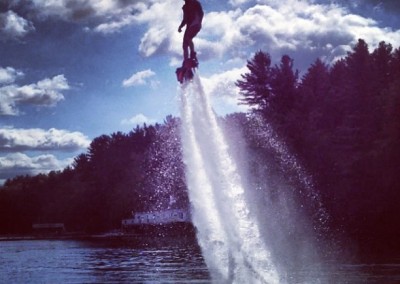