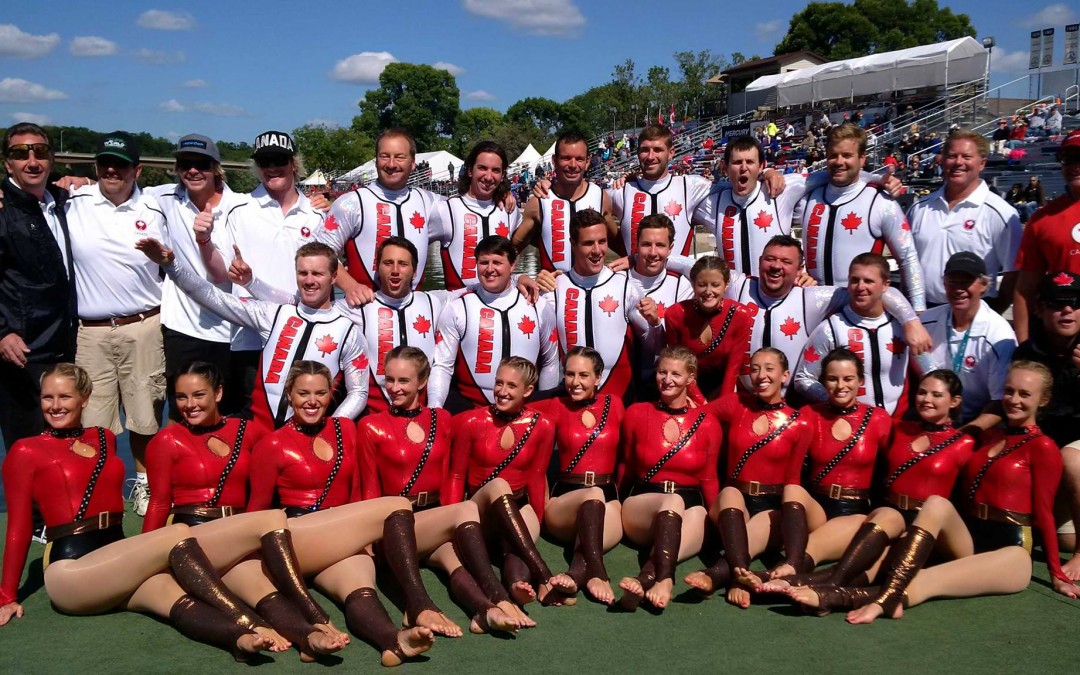 The greatest memories in life start with a great adventure, Team Canada’s started on Monday September 8th 2014 as half of the team piled into an RV equipped with as much Canadian paraphernalia as room would allow; Janesville, Wisconsin was the final destination to compete in the Water Ski Show World Tournament.

Team Canada was led by Charlie Newlands and Sasha Wilson, who diligently picked Canada’s best show skiers; most of which are Summer Water Sports former or current employees. With the summer of SWS ski shows and one practice weekend on the water all together, the team was ready to compete with the world! Once getting to Janesville there was scheduled practice time for all the teams located at the site of the tournament, the only battle was the weather sitting at 0 degrees and raining. During the practice sessions Team Canada did their first full run through of the ski show; then they were all set and ready for their first ski show on Saturday at 4:00, the last time slot of the day. This year Canada was up against Australia, Belgium, China and USA, all competing for gold at Janesville’s local ski club, The Rock Aqua Jays, ski show site.

Team Canada’s first ski was incredible, the show had a great flow and the acts were jaw dropping and unique; although the skiers, as athletes do, knew they could do better. After Saturday the team was sitting in 4th place and mentally gearing up for their ski the next day. Sunday was another sunny day in Janesville, Canada was skiing second and were fired up and ready to show the world what they could do. And they ROCKED it!! Everyone was standing in awe of each landed act; it was a show that will be remembered! The final result put Canada on the podium, in 3rd place!!

The experience as a whole for everyone involved with Team Canada was unbelievably epic. A lot of people have asked us why the tournament would be held in Wisconsin, for all of you who haven’t been there, Wisconsin lives and breathes water skiing. You can’t drive 50 miles without having a different ski show to check out at the local ski club; see in Wisconsin everyone is a member of a waterski club, like our golf clubs and alpine ski clubs here. The beauty of this is each country gets a local club to sponsor them. The host club helps their team with the scoring sheet, driving and lets them use their equipment. This means the skiers coming from the other side of the world don’t have to worry about lugging their equipment over. This also means the host club can make really awesome food for their sponsored countries, like Wounderlake Club did for us! Janesville as a whole was so welcoming and enthusiastic during the whole week; that is what makes this tournament such a success!

Way to go Team Canada, you killed it on the water and made us all proud!!

There are no upcoming events.